A timely take on the Old Fashioned 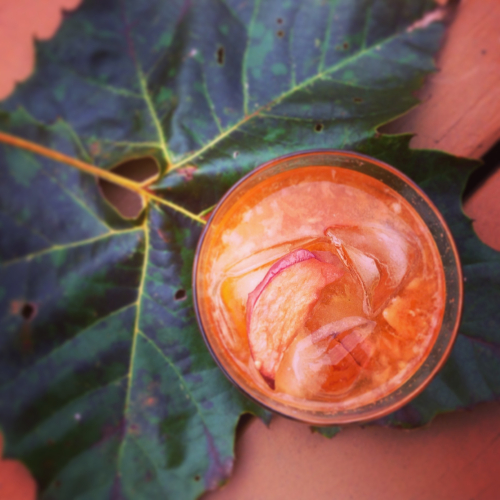 The  "Old Fashioned" cocktail was said to have been first made at the Pendennis Club, a gentlemen's club founded  in Louisville, Kentucky. A bartender created it in honor of  James E. Pepper, a prominent bourbon distiller.  So thrilled was Pepper, to have a cocktail made for him, he brought the recipe with him on a trip to the big apple and had it recreated at the Waldorf-Astoria Hotel bar.  The rest,  as they say, is HISTORY. 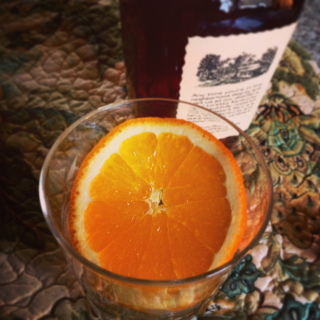 As a long fall day wound down, I decided to toast its passing with an Old Fashioned.  Baked apple slices fresh out of my oven begged to be a part of the festivities.  Their addition meant little to no sugar was really needed to make this libation sweet.  For the sake of history and the flavors of fall filling my kitchen a decided a dash of brown sugar would do the trick, and so it did.  Beth calls it "A drunken apple crisp." 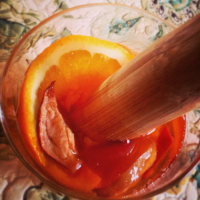 In an Old Fashioned glass, muddle the bitters, sugar, orange wheel and apple. Remove the orange rind, add the bourbon and a splash of soda water, then fill with ice. Garnish with a slice of apple. 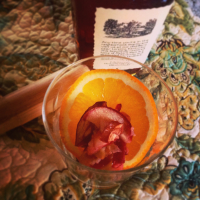