How to make dill pickles 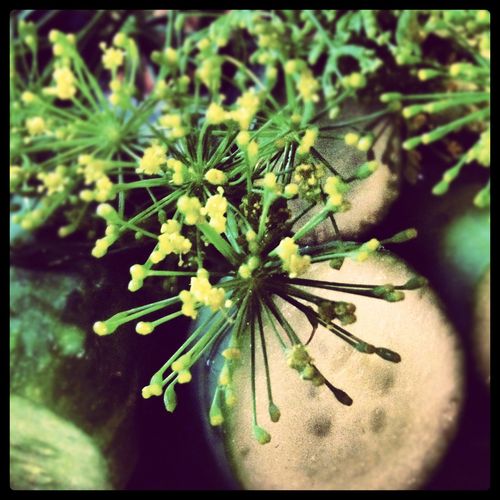 There is nothing like a sandwich with chips and a dill pickle. On chilly weekend afternoon it reminds us of all the fruits summer has to bring. I never would have understood what a simple prospect making them is until I actually tried it for myself.

Scrub the cucumbers and cut in quarters. Add the cucumbers into canning jars as tightly as possible. Squeeze in 2 sprigs of dill per jar.

Bring the vinegar, water, salt and garlic cloves to a boil. Boil for 2 minutes. Fish out the garlic cloves with a slotted spoon and add to jars while the brine cools slightly. The amount of jars needed will depend on the size you want to use. Pour the still warm brine into the jars and cover with caps and screw on loosely.

To seal jars, place in a large pot with water fill 2" over their tops. Bring to a rolling boil. Reduce heat slightly and allow to boil for 10 minutes. Turn off heat and let sit for another 15 minutes. Remove from the pot. The jars are sealed when you hear them pop. As a test, when placing a finger on the lid, it should not move. 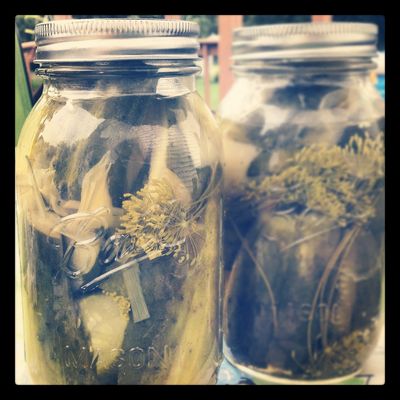 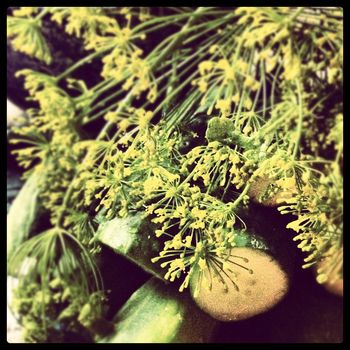