There ain't no malarkey about these; Irish Coffee and Cookies
What are you doing for St Patrick's Day?

The truth about Irish Coffee 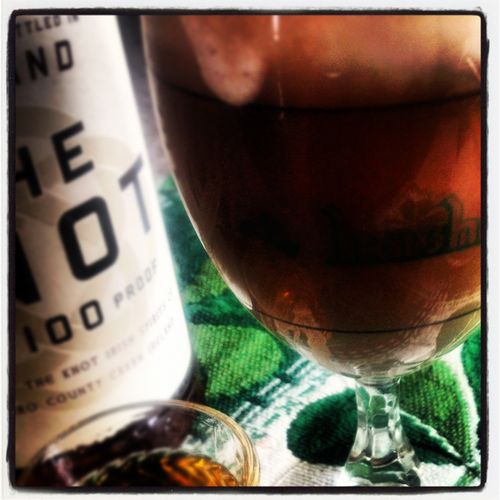 It's hard to believe it, but the recipe for traditional Irish coffee is not even a century old. The story goes that a restaurant had been established at the Port of Foynes in County Limerick.  The spot welcomed weary American travelers (including the likes of Bogart and Hemingway) who arrived on Irish soil after an 18 hour sea plane ride.  Coffee and tea were always on the ready.  After one craft headed to America was sent back due to weather, head chef Joe Sheriden revived the cold passengers with a whiskey laced coffee - that became known as Irish Coffee.

Since 1988 the Irish Standards Board has required specific directions are followed to ensure the integrity of this national drink;

It is important to raise the spoon as the glass fills. The sugar helps the cream float on top.  The cream is never mixed into the coffee because the drink is meant to be consumed through the layer of cream. 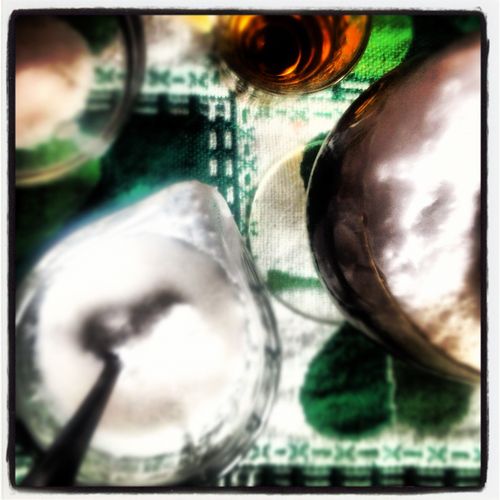 Adding our own stamp, we prefer to use

More if you are a fan of a true Irish Coffee:

Julie,
That is sooo interesting!! I never realized the history behind it, but you've also given me a great idea--think I'll make some this week.
Posted by Susan Van Slooten

Thank you Jennifer, if you can try it with coconut cream - it is amazing. Happy St Patrick's day!